In the modern age of technology that we thrive in every day we are given many opportunities to try new and exciting technological advances. One area that we all know and love is Video Games. Video games have been the main stay and focus of many of us. For some of us video games have helped guide our love and appreciation for horror to a whole new technological level. As a child many of us spent countless hours trying to make it through the most difficult stages of our favorite horror video games, attempting to figure out the passcodes, or just simply trying to kill that one boss that just doesn’t seem to die. Through it all we thrived and made our main goal, the finishing accomplishment, “wrap up the video game.” Many horror video games to this very day are still held in high regard, that being said here is my top 10 favorite horror themed video games. 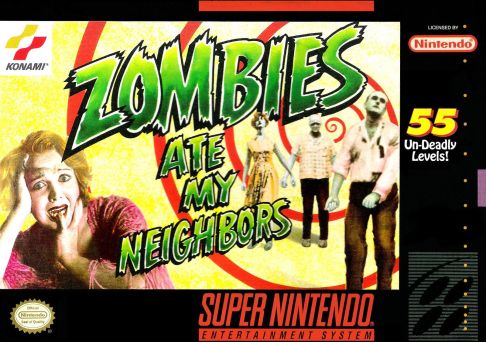 Coming in at number 10 is the game Zombies Ate my Neighbors. Developed by LucasArts and published by Konami for the Super NES and Sega Mega Drive/Genesis consoles in 1993. In this classic shooter game you play as the main protagonists Zeke or Julie. The main goal of the game is pretty obvious, you have to rescue your neighbors from a zombie Apocalypse. All the neighbors are placed in random locations, so armed with a water gun and old-school 3d sunglasses Zeke heads out to collect them all. Although not spine tingling scary it is one of the most challenging Nintendo games out there. With 55 levels and new challenges every single time Zombies Ate My Neighbors is one of the greatest nostalgic favorites for many gamers. 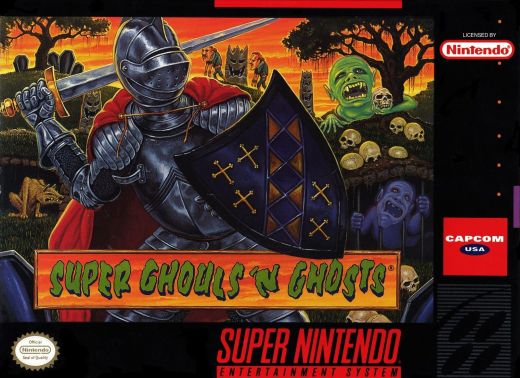 published by Capcom and released for the Super Nintendo Entertainment System in 1991 Super Ghouls and Ghosts is the third installment in the Ghouls and Ghosts trilogy. This side scrolling platform game was one of the hardest games to finish. From the very beginning its challenging with no lives to thrive on if you die you start all over. From zombies to strange creatures trying to attack you, its not a easy game to make it through. The storyline is simple, just like the rest your trying to rescue the love of your life from the castle. With only five levels you would assume this game would be easy? Nope! The atmospheric visuals are definitely interesting and although not scary as most modern games its a fun horror filled adventure. If you have enough patience you should break out your old Nintendo and give it a try. Its absolutely worth the attempt.

Also known as Forbidden Siren in the PAL region, is a survival horror stealth game developed by SCE Japan Studio and Project Siren, it was published by Sony Computer Entertainment for the PlayStation 2 in 2003. This game is by far one of the best horror stealth games out there. Playing it always frustrated yet frightened me. The premise of the game is quite confusing at times.  The game’s plot revolves around a multitude of interconnected cast of characters that possess a the ability to see what the other character or player sees. It takes place in 1 of 10 places in the village of Hanuda, your main adjective is to reach the exist point all the while avoiding demonlike entities known as shibito, or finding the item which is needed to accomplish that specific level.  Each character possess the power sightjacking, in which they can see from another player or see the shibito. It was one of those games where my nerves were on edge, never knowing when i would be face to face with a Shibito and always having to sneak past them. It is a game that is rare but it is so freaky and downright ominous. There were many others that came after it, Forbidden Siren 2 etc. But this first one was one of the best and one of the most challenging horror video games that i have played to date. 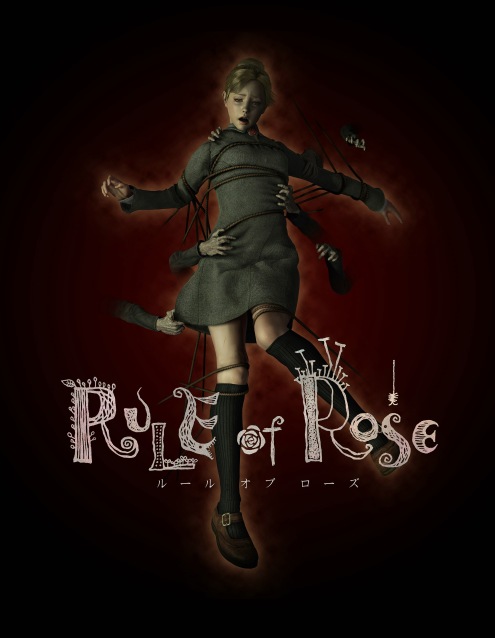 Banned in Europe for its subject content Rule of Rose is a hit and miss video game, some enjoyed it and some found it to disturbing to get through. Developed by Punchline for playstation 2 this survival horror psychological thriller, centers around a young woman named Jennifer who gets trapped in a world dominated and ran by young girls known as the Red Crayon Aristocrats. The storyline progresses rather fluently with some haunting visuals and the darkness surrounding the narrative it is a sad haunting and psychologically bending game. Although banned in some countries people still managed to play it and those that did make it through compared its likeness to that of Silent Hill. Rule of Rose is a game that takes patience to get through but once concluded the ending leaves you with more questions than answers and it will leave you questioning everything you thought you knew or understood.

One of the most popular horror survival video games to date Resident Evil is by far one of my all time favorites. Released  by capcom in 1996 for the Playstation 2 this game was accepted by the horror community and the gaming community alike. Following a group of people from the STARS (Special Tactics and Rescue Squad) who get chased through a field by a monster and end up in a large abandoned (or so it seems) mansion. At first other than the monster outside everything seems normal, till you come across…YOU GUESSED IT! A zombie. The whole game is now a fight for your life while trying to ward off zombies, zombie dogs, zombie like evil birds etc All the while looking for gems or rubys or passcodes to get to the next part of the game. Its challenging grueling and is hailed one of the best horror survival video games by so many people. I truly enjoyed the countless hours I spent trying to crack codes, killing zombies and fighting the terrifying bosses that come at the end of each level. The more you delve into the storyline the more interesting it becomes, learning about the T-Virus and what happens to those who come in contact with it. There were many sequels to the game and even a couple modernized remakes for todays consoles as well as a trilogy of movies. Resident Evil is one of the best horror survival video games out there and if you haven’t played it you should!! 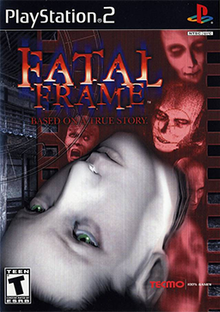 Fatal Frame is a horror survival video game developed by Tecmo for playstation 2. Fatal Frame was one of those video games that gamers spent endless hours on. Following a young girl who goes in search of her brother in a abandoned mansion, all she is armed with is a video camera. Through this camera you get to see horrific visuals of the terrible incidents that took place in the mansion finding clues and hidden aspects as to the dark rituals that took place there. There isn’t to much to say because its one of those video games that you have to play to get the true atmospheric horror. Fatal Frame although tedious at times due to its come and go aspect is worth every second of playtime. I suggest that you give it a play and try it out for yourself.

The reason I am posting the whole anthology is because to me these are the best horror survival video games out there to date. The first was released January 31 1991 and every since then I have played all of these games endlessly. Everything about them captured me and enraptured me taking me to the dark places I never thought existed. With haunting visuals and twisted confusing storylines these games exceed all expectations. Confusing and non concluding Silent Hill doesn’t just confuse you, it captures you so that even though you spend hours after your done saying “this doesn’t make any sense” you still pick up that controller again and again whenever a new game was announced. Hoping that this time your questions will be answered, only to be not only dissapointed but left with more questions so that again when the next game came out you wanted to finally know the truth! Sorry no such luck!!! The Silent Hill anthology is amazing and i love each game for different reason. Nothing can beat them and nothing will top them.

Released by Frictional Games, released in 2010 for Microsoft Windows, Mac OS X and Linux operating systems, in 2016 for the PlayStation 4 platform and in 2018 for the Xbox One. Amnesia, the Dark Descent has and is another one of those hit and miss games. You either loved it or you hated it.  The game features the main protagonist named Daniel who is exploring a dark and foreboding castle, while trying to maintain his sanity by avoiding monsters and other horrifying elements. My favorite part of the game was the visuals, for me visuals make the game ten times more ominous. Amnesia is a game that every gamer and horror fan needs to play. Its not easy its challenging but at the same time its so amazing questioning the reality you thought you knew.

Outlast is a first person horror survival video game developed and published by Red Barrels. Outlast was released for Microsoft Windows on September 4, 2013, PlayStation 4 on February 4, 2014 and Xbox One on June 19, 2014. Linux and OS X versions were released on March 31, 2015 it was also released for Nintendo Switch  in February 2018.  Outlast follows a investigative journalist named Miles who chooses to investigate a mental asylum overrun with homicidal mental patients. This game is great but so frustrating due to the fact that other than stealth you have absolutely no weapons or ways to protect yourself. You basically rely on your stealth, timing and ability to choose the right hiding spots. This game had me on edge the entire time i played it, having to sneak past those insane murderous mental patients made my heart race. It is honestly a great game but it MUST be played in the dark to get the whole entire aspect of what it can do and how it can make you feel. 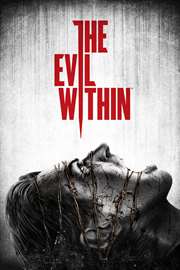 Although I have yet to make it through Evil Within what I have played has been extremely fun. The basic storyline is that you play as protaganist Sebastian, who gets pulled through a whole bunch of nightmarish scenarios.  Using stealth, melee weapons, and your ability to solve puzzles you have to try to make your way through each level alive. Honestly I couldn’t make it to far, it isn’t a easy game to get through and any tiny movement not timed properly could mean your death. The Evil Within is worth the play and it will probably get its own review eventually.

That concludes my top ten favorite Horror Video Games. Although there are some I had to choose between there are so many more that I could add to this list. What are your favorites?

Thank you @matt_milling for the cool pic of the Evil Dead 2 pins and Michael🎃🎃
Have you see our Darkman inspired “Carnival Freak” enamel pin set preorder? 3, 1.5” pins attached to a custom made backing card! Limited to 50 sets, each set is only $20 and if you preorder now, it includes free shipping. Click the link in our bio to preorder or click here https://bit.ly/3l4Om8n
🎃HALLOWEEN FLAG is back and shipping FREE! Last year this was one of our most popular items of the spooky season and it’s back. Due to demand, this item takes 2-4 weeks to deliver so order yours now to display all of the spooky season or all year around! Link in bio or click here 👉 https://bit.ly/2UIEDtF
“WE MADE YOU!”
Follow Scary Basement Media on WordPress.com
Loading Comments...
%d bloggers like this: